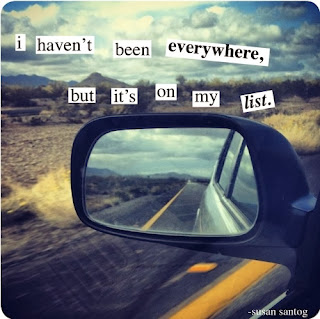 For the past few days my mind is boggling me and keeps on telling me... What am I doing? Do I actually need to do what I am doing? Is it the life that I want?... Well I knew all the answers, but only if I could make myself understand what is possible and what’s not!

Recently, I have started watching a program on TV, run by Nat Geo, it’s called Roads Less Traveled. Yesterday’s episode was on Morocco and today it showed some of the most unknown regions of Laos, justifying the very name of the show. While keeping myself glued to whatever the host was doing, a sudden thought hit me hard. Why do they travel so much?

The host for the episode of Laos was Tony Wheeler, who is the founder of Lonely Planet. He is nearly 70 years of age and travelling the unknown courses of Laos with a bag on his back, sleeping in rough places, walking the hard roads, crossing streams, crawling through the caves and doing things, while I sit here to watch his activities with awed eyes. He even hurt his back at the beginning but then after 3 days he was in a kayak, crossing a river to reach a tribal area. The question hit me again; why a man leave all his comfort to be in a place that does not even have a civilized place to pooh!

There were many other travelers with their backpacks and maps trying to find their way out. But why in such a remote place, where you would hardly anything to see? Well the answer was right there… it was the thirst for travelling of course! It’s the urge to see something in nothing. May be they are bored with the monotony or seeing the same wall around you, with same faces and same talks.

There is a statement made by the protagonist of The Namesake, a book written by Jhumpa Lahiri;
"Do yourself a favor. Before it's too late, without thinking too much about it first, pack a pillow and a blanket and see as much of the world as you can. You will not regret it. One day it will be too late."

Yes, there are some people on this earth who live by this statement and they are known as Travelers. They do not care about comfort because to them comfort is all about hard routes and challenging plans.

Hah! Have said enough….  I need to pack my pillow and blanket soon.. because I am thirsty too!!
Posted by sumauli at 12:05 AM 8 comments: 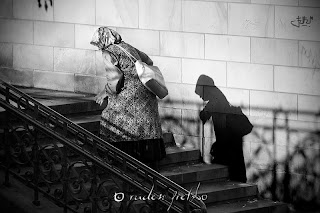 Sunday mornings have always been lazy for me. I hate to run around and follow the daily schedule, which haunts me throughout the week. So, when I opened my eyes today, and found my mother smiling at me; I pulled the edge of her sari and asked her to sit beside me. This was the beginning of a chatting session that continued for nearly 1 hour. She talked about my father’s maternal family; which is referred as Mamabari in Bengali.

There will always be a member in your family, who would make you curious and for mine case, it is my grandma’s sister. The best person to tell me about her would have been my grandmother herself; but she is no more. So my resort was Ma, who went on sharing all the information she had about this woman. My grandmother comes from a well known family and her father was a renowned ophthalmologist in Motijheel, Dumdum. Mita Dida, my curiosity, is the youngest of all her siblings. She was loved by all but the albino problem made her life more complicated.

My grandmother said to Ma that she was a very beautiful lady and could even play piano. Well, neither can I doubt that because even today, behind the wrinkles and albino patches, her eyes glow reflecting the long lost beauty. I could clearly visualize, how wonderful the scene would have been where a charming lady sitting on a stool and playing a piano...!!

She was married off to a lawyer and that is when her future took a turn. May be she was suffering from a depression for long, which pushed her away from the normal walks of life. There were signs of abnormality in her behavior. My mother said, her husband was a pretty talented guy. On my parent’s first visit after marriage, he even narrated a poem. But my mother found him acting in a very different manner while talking to Mita Dida and trying to change some of her gesture, which she kept on doing deliberately.

Now comes the hardest part, which is still gloomy! As per my grandmother, Mita Dida had a daughter. But something happened and the child died. Things became rough and her husband left her. To be more precise, Mita Dida was cheated and left penniless. No one ever came across this man and his whereabouts.

It’s been years that I have met Mita Dida. The last time I saw her, she recognized me and was talking as a perfect normal individual. I remember she made me a raincoat stitching all the milk packets that she collected. It was funny but some creativity was still left in her. Well, there got to be something in a woman who knows how to play a piano during the 1930’s era.