She was on her second day. A single movement or a simple jerk was unbearable. But there were 6 human shadows at a distance. She couldn’t recognize anyone of them, but then she was already aware what was about to happen. 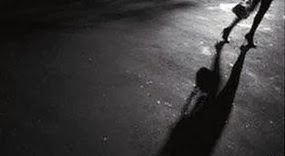 Monday it was! Another long week and a busy schedule! Her mother was busy preparing her lunch. She prefers it the home way and loves to share it with her colleagues. It reminds her the school days. The 1 hour break at her workplace is the most rejuvenating moment of the 9 hours monotonous life.

Her father was busy with the morning newspaper. She finds it really annoying each time when her father reads aloud about any crappy news. “Listen Munai, its better you come home early. You can see what kind of news these papers are filled with”. “Come on Baba! What can I do? Should I stop working for those bastards? Please stop reading these! I know you are worried. But I am not doing a 9 to 5 job.” She might have defended herself. But she knew that it was just a compromise with her mind. Her mother came out with her lunch box and said nothing, but “Sabdhane jash.” (Be careful on road!)
The sweetest exchange of “Aschi Ma” (Am leaving mother) and “Aye” (Come back), has never been missed out. The love and fun ingrained in these words add charm and love between the mother and the daughter. So, it is very hard to miss out this moment no matter how late she is.

She crossed the road, plugged in her ear phone and started walking to reach her workplace on time.

Monday morning blues, that’s what written on everyone’s face. Each of them was wishing the other ‘Good Morning’, knowing the fact; it was not at all good. But you cannot ignore the British courtesy, especially when you are working. Thanks to the colonial yoke!

Her closest pal was on leave that day. She was missing her; but the heaps of tasks engaged all her attention and forced her to stay glued onto the computer screen.

The lunch break was a relief.

But the intense heat kept her enclosed within the claustrophobic cubicle. She enjoys reading online journals and e-newspapers from all over the globe. She loved to see how international personalities react to the same events, especially when the country itself is connected to the unfortunate incidents happened in a distant land.

Unfortunately, all the national newspapers had the same news, which her father was referring to. It was depressing and filled with apprehensions at the same time. She tried to ignore it and scrolled it down, but her mind was jammed with several disturbing thoughts; Why? How can one be so heartless? Is this a political game? It was too much to take and she finally settled down realizing, if the destiny has made such a plan then none of the women are safe here. Her health added more grief to the present scenario. She sighed and started working again.

7:30 pm and the office was already filled with empty chairs. Suddenly, an urge grabbed her, or may be a fear that made her realize she would be returning home alone. She turned her computer off; grabbed her bag, ran down the empty staircase, crossed a long dark passage and hit the main road. There was still life left on the road, which brought back a sense of relief to her anxious mind. But that was just for a minute because she was sitting all alone in the auto for next 30 minutes.

It was really weird to see such a deserted scenario on Monday. Well, then you never know, anything can happen! This thought brought back to her some glimpse of the morning conversation. Something crept inside her and she gulped down her fear waiting for the auto to start. At last, 3 people turned up and the driver tuned the engine on. She held the bag closed to herself, the pain in her abdomen was getting back, nearly bringing tears to her eyes.

8:30 pm. She got down from the auto and started walking. Another 15 minutes walk would take her to home. She had returned late from office and she had even returned alone; but this sudden trepidation was all new to her. She was restless and desperately wanted to see her parents.

There was no one on the road and added to it was the sudden darkness that hovered over the place because of the faulty lamp post. She wished she could walk fast, but she couldn’t.

And then she saw them; 6 figures walking straight towards her. Male voices, she couldn’t see their faces, she didn’t even want to. But their vociferous nature and fast movement frightened her. Are they coming to get her? How can this be her destiny? Should she shout?

She felt the horrible pain and the headlines of the morning newspaper flashed in front of her eyes. She pursed her lips tightly and kept on walking. The voices were close and nearly choking her up. She closed her eyes and suddenly everything was numb.

With lots of courage she opened her eyes. She was standing all alone. The voices were fading now as she saw the 6 figures walking away.

She took a deep breath, ignored the pain and ran for home……………

SHE was saved that day. Lucky SHE was!

But why should we even call this LUCK!! Doesn’t SHE have the right to walk alone on the street? Why should SHE live in fear? Why should SHE confine herself fearing a physical assault passing an unknown place or a dark alley?

‘SHE’ has been through such a moment many a times. No matter how fearful and filthy the path is, SHE will walk bravely. Someday SHE will be recognized and respected; till then SHE is prepared everyday to face this challenge.
Posted by sumauli at 10:52 PM 6 comments: