Nursery Rhymes and Us 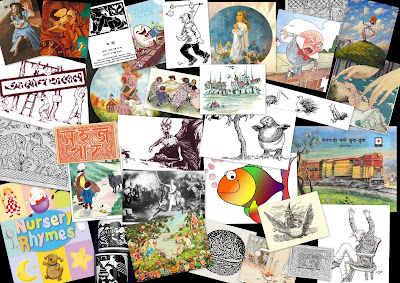 Have you ever thought why these nursery rhymes or poems have ever been created? What is the truth behind the baseless and meaningless terms that have been synced in with rhythm? The famous poet Robert Frost once said, ‘A poem begins in delight and ends in wisdom.’ This is so very true because when you first read a rhyme, you find it funny, where the ‘wonder’ rings nicely with ‘are’ or the meaningless word ‘Humpty’ sounds hilarious with ‘Dumpty’.  Similarly, each of the rhymes conveys some wisdom, knowledge. In other words, these are the rhythmic techniques of communicating some of the long lost stories and truths of life, which otherwise could have sounded really monotonous.

Rhymes can be considered as one of the oldest tradition to interact with individuals irrespective of the age. From the perspective of education, the nursery rhymes have been considered as one of the important parts in the process of learning. These make children aware of surroundings, make them learn the basic norms of life and also help in developing the ability to understand and decide what is wrong and what is right. A blank state of mind that can be called as “Tabula Rasa” is good to start with easy verses that can be remembered without any trouble. Apart from that, the kids get to know new words like ‘twinkle’, ‘ding dong’, ‘hush’ and so on, which are different but defines certain activities, shapes, habits as well as behaviors in an easy manner. Even research has proven the fact that rhymes have been one of the key tools used in increasing the ability of spatial reasoning in children.

Nursery rhymes have yet another advantage and that is building up of confidence level and enhancing the ability to speak in the public. Children learn to converse properly, work on their facial expressions and gestures, thereby understanding the formal as well as informal ways of communication.

It is a fact that most of us have the idea that rhymes are made only for the children and these are nothing but a mode to communication with the juvenile section of the society. Think again! Is it only meant for the children? Why would someone talk about a massive London Bridge to suddenly crumble down? Or why it was not possible to put back someone named Humpty Dumpty back onto the wall?

Each of the nursery rhymes actually talks about some historical event. With passage of time, the facts are long forgotten but the nursery rhymes continued to maintain its popularity. However, the idea behind these rhymes was to develop a parody about the contemporary leaders as well as the royal politics. The addition of music is nothing but an innocent vehicle to spread rebellious messages in a mild tone. 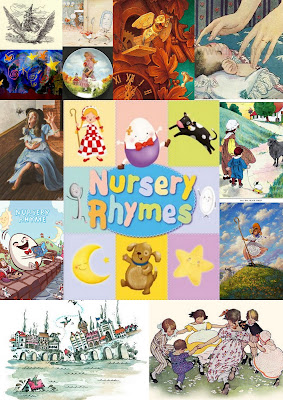 Humpty Dumpty was in reality a huge canon used during the English Civil War. It was placed on the wall next to St Mary's Church. But due to heavy bombardment, the canon fell down and could not be placed back to its original position by “All the King's horses, and all the King's men.” Similarly, the rhyme “Baa baa black sheep” is connected to the increasing demand of wool industry in 15th Europe after the devastating plague. There are even controversies stating this rhyme as racially dubious, but there is no evidence to prove this fact. Even the popular game named “Ring around the rosy” is also connected to the Black Death and the symptoms that appeared as a red rash ring on the skin of the victims.

In Bengali literature, Sukumar Ray has tried to give the materialistic world a new look through his humorous masterpiece, “Abol Tabol”. When he created the poem, “Gonf Churi” about a man who presumed that someone has stolen (Churi) his mustache (Gonf), the readers can actually get an idea about a typical clerk. Sukumar Ray talks about the behavior of people when they get angry and how they can blame anyone without evidences. 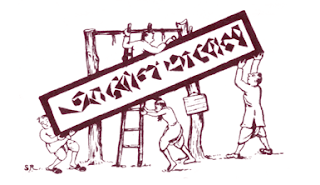 Rhymes are beautiful ways to communicate the feeling of sadness and happiness. The very last poem of this book communicates to the readers the eagerness to live a free life without boundaries. Sukumar Ray wrote this poem a few days before his death and he expressed the happiness to leave this world because he could dream about a fantasy. He could build castle in the air and conveyed the readers to take a break from the busy schedule and think of something nonsensical. Therefore, he finally ended the book by welcoming death with the rhythmic lines…..

Restricting the nursery rhymes or the poems only to children is injustice. For a child, these were nothing more than a tool of communication to educate and entertain but as we grow up we appreciate the inner meanings. The impact that these poems leave upon the elders are mixed with emotions wrapped in colored papers encouraging us to live the complex life with hope and smile.

Posted by sumauli at 5:34 PM No comments: