A Temple on the Other Side of LOC


Even before religious discourses were set in and innocent bloods were spilled to claim authority on the northern piece of land, we shared a common history, culture and tradition. We used to live in a land where sky had no boundaries and birds flew away freely without worrying of getting hit by a bullet.

Yes, I am talking about the so long discrepancies that India and Pakistan share since 1947.

The huge sigh of relief after the partition didn’t last for long, soon the war clouds crumbled in to assert dominance over Kashmir; added to that are other territorial issues, which further created an insecure political relation between the two countries. I am here not to blame anyone, but trying to look back at the lost old culture and heritage that we once shared.

While browsing through the news websites of Pakistan, I came across an article that speaks on Hindu temples still standing strong in this region. Well, there is nothing to get surprised because Indian subcontinent, unlike today, was a huge mass of land that includes the whole of Pakistan and Afghanistan as well. Therefore, having a Hindu temple in these thickly populated Muslim countries is not shocking at all. 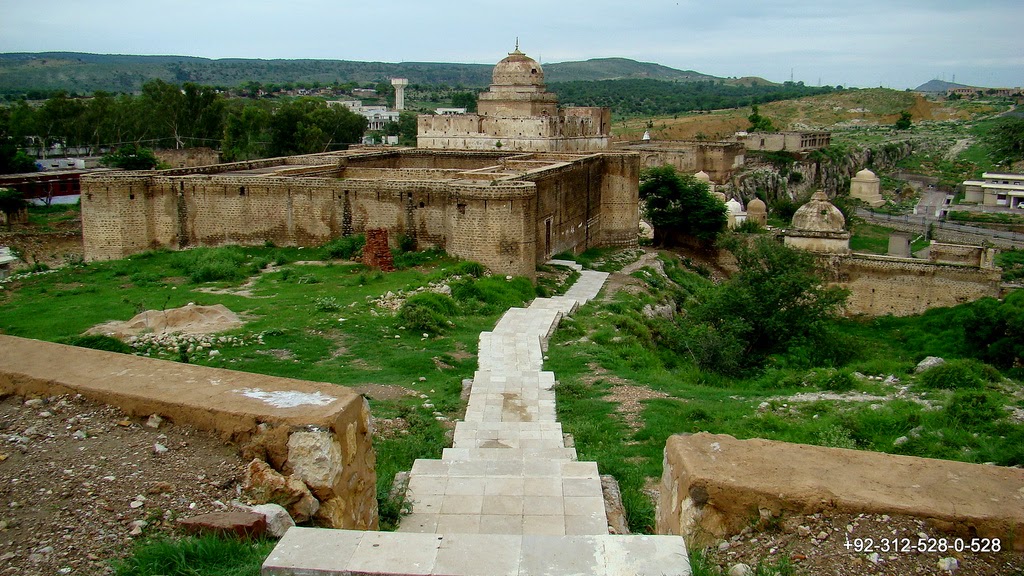 The temple that captured all my attention was the Kastaraj Mandir of Katas. This is located in the divided land of Punjab in Chakwal District, witnessing the history that connected the two nations for ages. There is a pool within the temple complex, which is considered sacred because of its healing powers. The temple existed since the days of Mahabharata. It is believed that the Pandava brothers spent 4 out of 14 years in this place. It is here that Yudhisthir confronted the witty questions of Yaksha and answered them all correctly to save the lives of his 4 brothers. 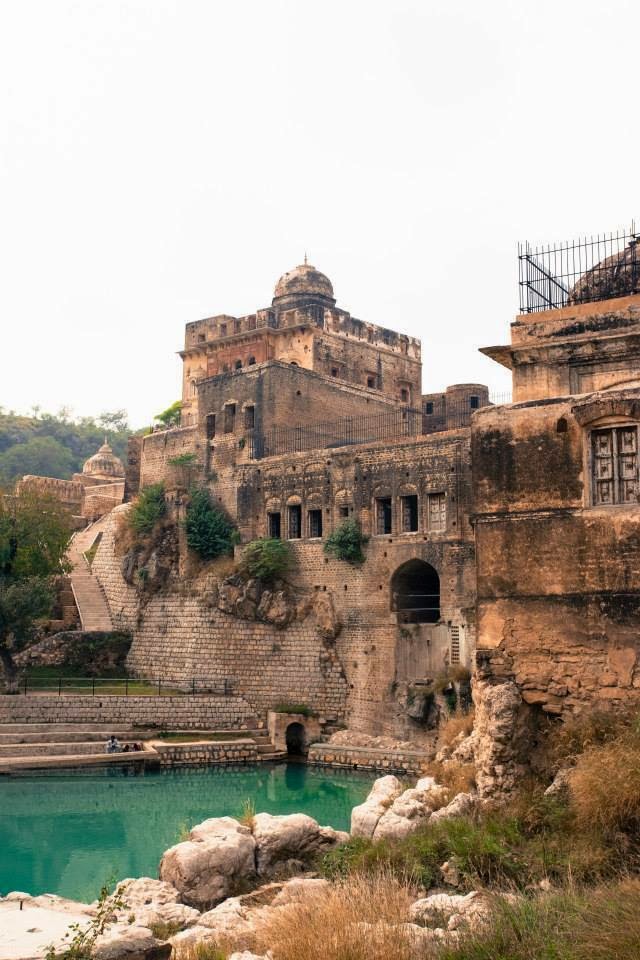 Another story explains that the large pool in the temple area was the result of Shiva’s mourning over the death of his beloved wife, Sati. It is said, he cried so hard and for such a long time that 2 holy ponds were created- one at Pushkar in Ajmer and the other one in Katasraj. In some ancient manuscript, Katas is also considered as the birth place of Lord Rama. But there are controversies because Ayodhya has always been referred as the birth land of the Vishnu Avatar.


It is even said that Al-Beruni spent some time at Katas to learn Sanskrit and wrote his renowned Kitab-ul-Hind, which talks about scientific knowledge, religion and social customs of Hindus. The site houses a group of seven ancient and medieval temples, remains of a Buddhist Stupa, havelis and a few recently built structures. Ramachandra Mandir, Shiva mandir and a Hanuman mandir are the other temples found in this location. 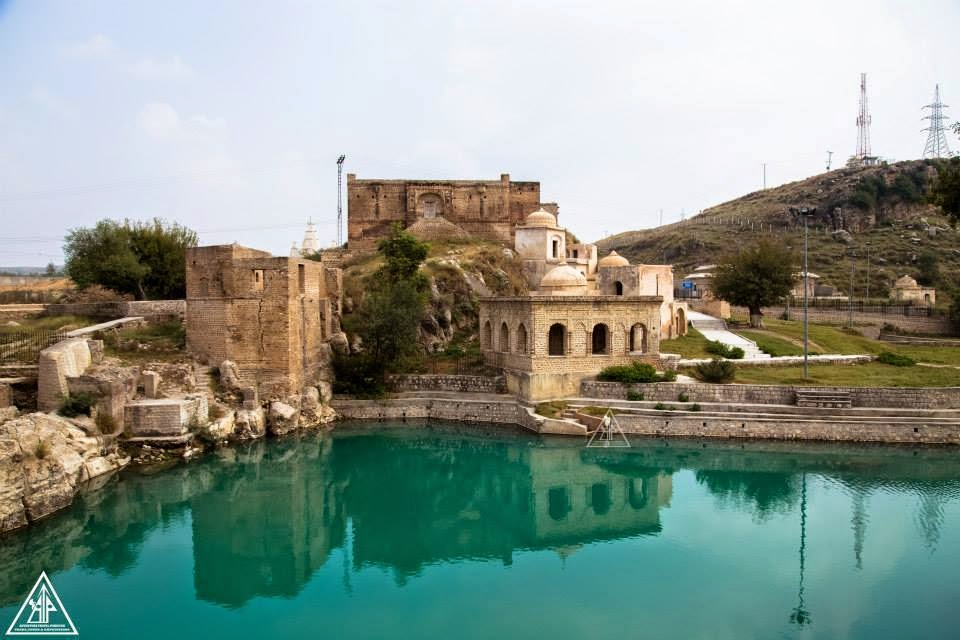 Kastaraj Mandir is spread across the uneven slopes and the localites named it, Qila Katas. This sparsely populated region was once resided by Hindu population who migrated to India after 1947 separation. So, one can find presence of mostly Muslim residents in the region. However, the relationship between the Hindus and the local Muslims are cordial enough. It is quite amazing to see the Hindu devotees traveling from far flung places to attend Shivaratri festival, which is celebrated in this ruin. The government of Pakistan has recognized the temple as a heritage site and has worked for restoring its beauty and history. 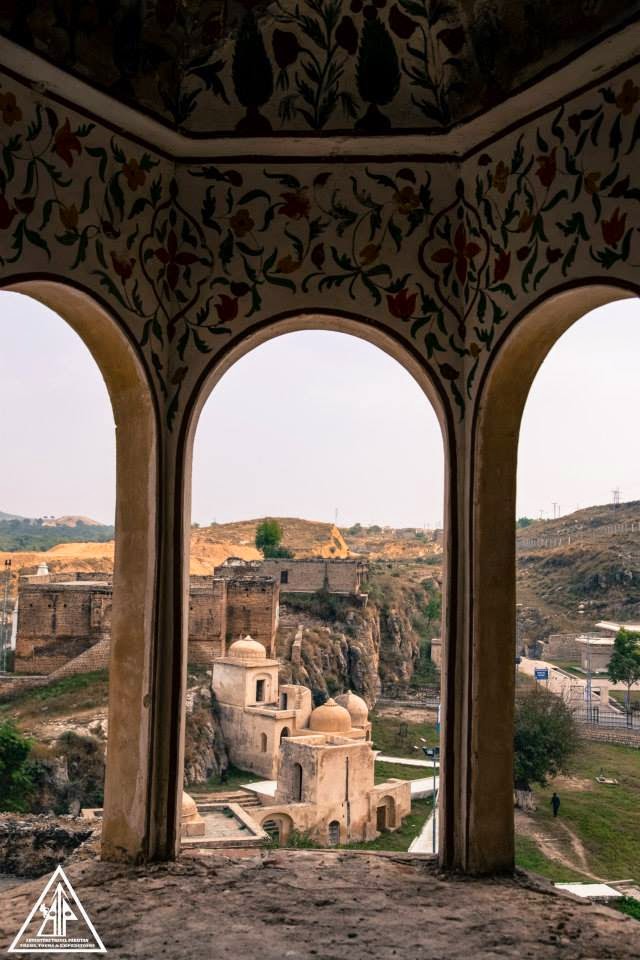 After reading about this temple, I couldn’t stop myself leaving a comment in the blog that solely confines to the heritage and the beauty of the undivided India and how the imaginary lines have divided us. After a few days, I thought of taking a look at the same blog and I came across a reply to my comment. An Indian guy replied in a rough manner stating “Why cry over spilled milk!” But that was not my point. Yes, I mourn over the tragic incident and may be partition was the best solution, but the point is why someone cannot praise the lost history. I am providing an apolitical view, why can’t you accept it!

Let me not end my blog rumbling over some pointless issue rather I must keep my hopes alive to visit the interesting destinations of Pakistan and to that list I now add Kastaraj Mandir. Though this country remains one of the most threatening places in the world, but I wish to visit it someday and witness the history with my own eyes. I will have my own photographs then, and would not be depending on Google anymore.